COVID ALERT: Visitor restrictions are now in place. Find out more on our COVID-19 Information Hub.

Find out how to help a friend or who to call for help here.

Remember that victim/survivors never provoke sexual assault, they are never to blame and they are never responsible for the actions of the perpetrator.

Violence against women is the leading preventable cause of death and disability in Victorian women under the age of 45.

Women who have been exposed to violence have a greater risk of developing a range of health problems that have been linked to their experience of overwhelming stress. These health problems can include: stress, anxiety, depression, increased awareness of pain, gastrointestinal disorders, gynaecological difficulties and some inflammatory conditions.

Most perpetrators of violence are known to the victim/survivors, and can include intimate partners, family members or friends/acquaintances. Violence against women may include physical, sexual, verbal, psychological, emotional, financial, spiritual or cultural abuse.

In an emergency or if you are in danger RIGHT NOW 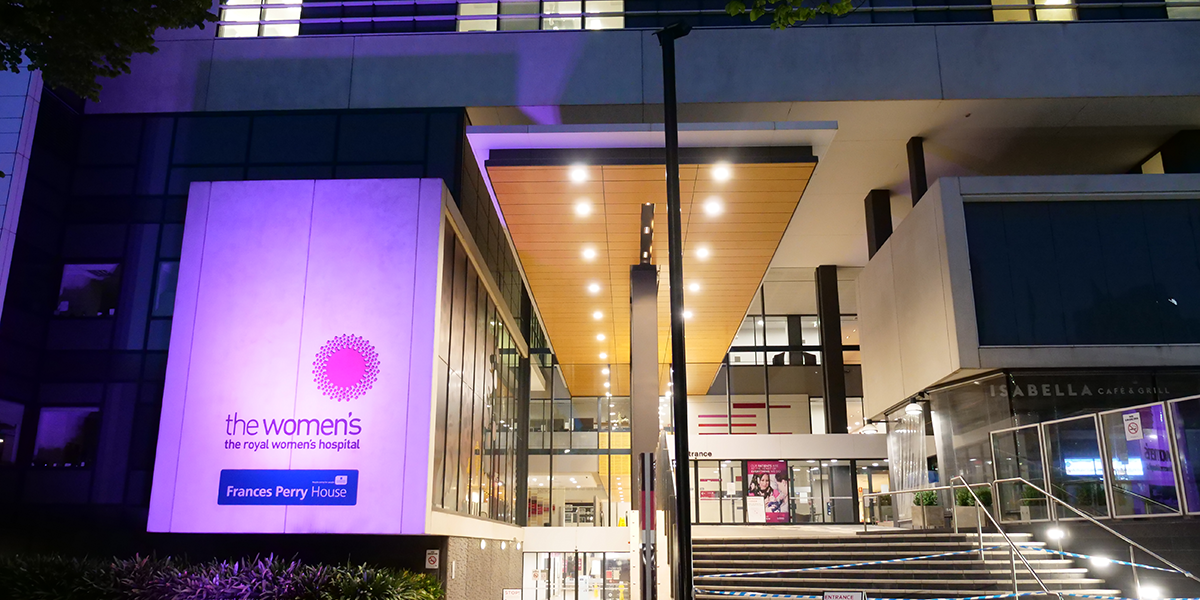 Our hospital will light up purple this Wednesday night (5 May) alongside landmarks and monuments in Melbourne and across Victoria to remember the women and children who have died as a result of family violence.

The Royal Women’s Hospital is calling on all Victorians to get behind a global campaign calling for the elimination of violence against women and girls.